Last month, we lost yet another Congolese music legend: composer, guitarist, and bandleader, Lutumba Simaro. As a daughter of OK Jazz, my heart is heavy—motema na ngai elelaka.

Simaro was practically the right-hand man of OK Jazz for decades, even leading the band after the death of Franco. He composed some of my favorite OK Jazz songs, including “Nganda Lopango Batekisa,” “Mbanzi ya Kamundele,” “Vaccination,” and “Mamba.”

My Lingala may be elementary-school conversational, but I know enough to appreciate and savor the way Simaro strung together syllables and vowels, such that in the music world, he came to be known as Le Poète—the poet.

I always dreamed that when I finally made it to Congo, I would pay a visit to this man and gush and sing for him, as I’ve had the miraculous fortune of doing in the past few months with legends Nyboma Mwan’dido and Zaiko Langa Langa’s N’Yoka Longo (a post to come on that soon!). Singing to Simaro will unfortunately never happen, but I will continue to pay homage, and I hope his legacy will continue, especially in the country he called home.

I read an interview from several years ago where Simaro lamented how younger Congolese musicians are forgetting their musical forbears more and more. With that, I pose the question from The Poet’s own lyrics: nani na motema remplacer yo?

Just a few months ago, I thought that getting the chance to not only see but SING!! with the legendary Nyboma Mwan’dido (video footage coming soon!) would be the highlight of my year in Congolese music. But it’s gotten even better. 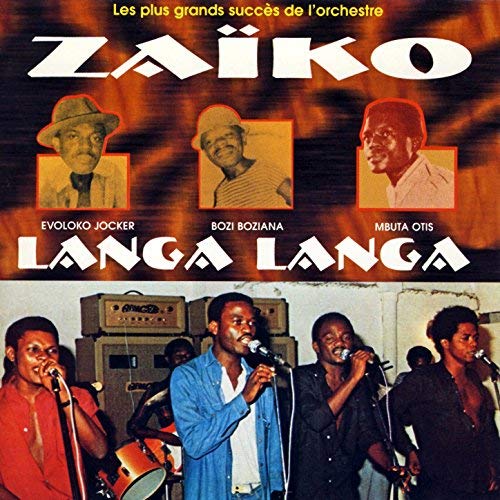 In late September, a fellow Congolese music lover informed me that Zaïko Langa Langa—the band that’s been going since the ’60s, the self-proclaimed inventors of the cavacha rhythm, AND my next favorite band after OK Jazz—was performing in Los Angeles. Refusing to believe they’d come to the USA for one concert, I scoured the internet for tour dates, but found nothing nearby.

Unlike my fellow music friend, who caught a red-eye from LA to NYC to see Diblo Dibala in a concert announced last-minute a few years back, I wasn’t adventurous enough to fly to LA for Zaïko on a few days’ notice. And now, I no longer have regrets.

The legendary Zaïko, still fronted by one of its earliest members, Nyoka Longo, is coming to NYC later this month!! On DJ set will be dj.henri of Radio Africa Online fame, who once treated me to Zaïko’s amazing “Dede.” I expect that in just a few weeks, I’ll get to hear this famous song LIVE! 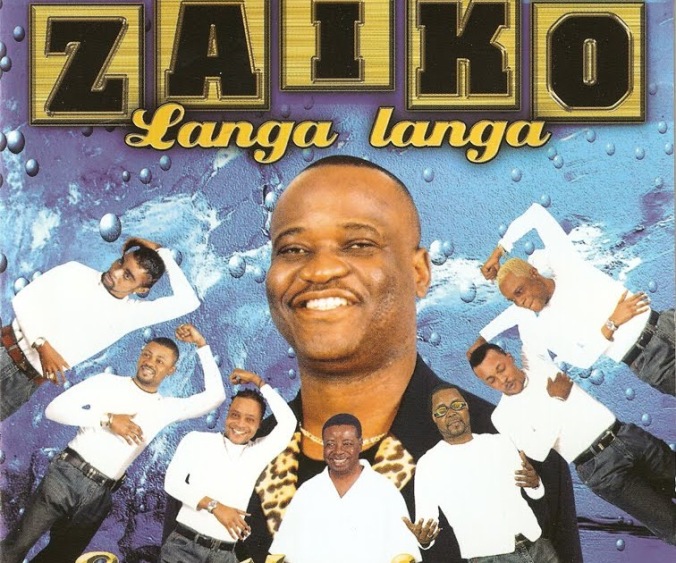 I’m beyond ecstatic to report that several Congolese legends, including one of my absolute favorite singers, Nyboma Mwan’dido (whose music opens every episode of CAVACHA EXPRESS!), will be in my city this week. Performing as the group Soukous All Stars, they’ll give a FREE concert this Thursday, August 23, at Lincoln Center.

This is the concert of my dreams…literally and figuratively. Just this morning, I dreamed that I came across a man singing Bella Bella’s “Mea Culpa” (which features a young Nyboma) and I started singing along with a huge grin, much to his amazement. I think I was anticipating Thursday’s concert. It’s so rare that I hear the Congolese songs I adore outside my living room speakers or my IPod. Even less rare that I get to SEE the musicians LIVE and sing along with them.

And sing along, I expect to do, since Soukous All Stars’ repertoire includes songs from the several decades of Congolese popular music’s existence. The band’s amazing lineup includes, in addition to Nyboma, singer Luciana Demingongo (I love, love his song, “Dit Lopa,”), singer Lokassa Ya Mbongo and guitarist Ngouma Lokita of Soukous Stars fame, and many many more.

Read more about Soukous All Stars in this interview with Afropop‘s Banning Eyre, which includes a clip of the band performing one of my favorite songs, “Amba” by African All Stars (yet another Congo all-stars band that included Nyboma), with some Zaiko flavor added at the end.

I was excited to come across the short biopic below from CCTV News about Congolese musician and bandleader, Franko Luambo Makiadi. If you’ve been following this blog, you’ll know that I’m a huge fan of Franco’s band, OK Jazz. And I’m not the only one. OK Jazz composer and guitarist Simaro Lutumba is seen in the clip talking about how people even died at a concert in Africa trying to get close to Franco!

Legendary though he might have been across Africa, though, Franco went relatively unknown on the global circuit, including in the US, throughout his extensive musical career. Even these days, with a revival of retro African music, he isn’t nearly as known as, say, Nigeria’s Fela Kuti, whose life was even portrayed on Broadway. And yet, the two share many similarities.

Both were musically active around the same time, and both were incredibly talented. Both of them portrayed some unbalanced criticisms and stereotypes about women in their songs. And both were politically controversial figures, albeit on different ends of the spectrum. Whereas Fela openly criticized Nigerian politicians in his songs, Franco wrote praise songs to Zaire’s self-proclaimed president for life. There are arguments, however, that Franco and other Congolese musicians couched criticisms of their government in songs about the trials of love and heartbreak, not to mention a tailor whose needle was taken away.

Regardless, during Franco’s time, most listeners around the world would have been oblivious to the content, let alone potential hidden meanings, of these songs, because they were sung primarily in Lingala. Accordingly, a language barrier has been cited as one of the reasons for the lack of wide-scale appeal of Congolese music in general. And yet, OK Jazz was and still is embraced in African countries where English is the official language and where Lingala isn’t spoken. In fact, the biopic below was probably produced in Kenya, where Congolese music has been immensely popular.

From the vintage concert clips I’ve seen, it seems OK Jazz toured outside Africa during their latter years. Incidentally, my least favorite of their songs come from this period. I don’t claim to be a music critic, but I wonder if they might have had a larger following, particularly in Latin America and the Caribbean, had they toured in the ’70s. They still had their horn section—replaced by some cringe-inducing synthesizer sounds in the ’80s—and the beats were more polyrhythmic and just more interesting, in my humble opinion.

Regardless of the reasons music lovers around the world didn’t get to experience OK Jazz in real time during their heyday, we can again give thanks to the internet for archiving their legacy. And what a legacy it is. The biopic mentions that Franco recorded probably around 1,000 songs during his lifetime. My collection of OK Jazz songs now numbers a little over 300, so there’s even so much more for yours truly to discover.

Especially if you’ve never before heard of Franco, I invite you to watch the biopic and learn more about the man who, as one of the commentators mentions, could easily be deemed the “Mozart of Africa.”

I am blessed to have friends who indulge my obsession with Congolese music. I’ve recently received an abundance of gifts from them, and I am passing this one along to you!

Way back on Episode 2, I thought I would share some old dances but realized I barely had samples of any. Thanks again to the internet and other Congolese music enthusiasts out there, we can now see what they looked like. In this clip, one of my favorite bands, Zaiko Langa Langa, displays dances from the early ’80s, including the cavacha, which I’ve been dying to see. A shout out to Lubangi Muniania for sharing!

And I found the one below on YouTube of a Zaiko concert probably from the ’90s. Not only do they sing some of my favorites from that period, but they show off all the dances that accompanied them.

I hope you’ll enjoy it as much as I did!

For a long time, I’ve had dreams of being a filmmaker. High on my list would be a film about the history of Congolese popular music, including interviews with musicians. Something like the audio/visual version of Gary Stewart’s encyclopedic book, Rumba on the River.

So I was beyond ecstatic to learn recently that a film is in the works! And not only that, but it features some of my absolute favorites, including OK Jazz, Verckys, and Simaro, whose work you can hear on past (and future!) episodes of Cavacha Express!

See the clip below for a preview of The Rumba Kings, scheduled to be released in late 2018. Its director, Alan Brain Delgado, describes the golden age of Congolese music as “the real treasure of the Congo.” I hope you can see why!

In my last post, I mentioned guitarist Beniko Popolipo’s cover band, Makutanu. They give an amazing performance in the clip below along with other Congolese music old-timers. I SO wish I could have been there!

AND I believe that’s OK Jazz’s guitarist Michelino in the background, along with a few others I should probably know.

I think this went down in Paris. Yet another reason to go back to Paris…

I was psyched to find the brief interview below of soukous guitar master Beniko, who I had the pleasure of sharing the stage with (!!!) a few years ago in Paris. In fact, you might be able to see that his t-shirt advertises Black Bazar, the band I saw him perform with, and whose song I featured on Episode 14: Congo Combo.

Showing my moves in Paris, 2012. Sadly, Beniko didn’t make it into the photo, but he was just at the side of the stage.

In the clip below, Beniko shares memories of Congolese music’s incessant band lineup changes and how he got his start. I know him best as the guitarist for my beloved Zaïko Langa Langa, so you can also hear his guitar skills on a few other episodes. Beniiiiiiko!

Interestingly, his band list drops off in the ’90s. He doesn’t mention Black Bazar but does reference his cover band, Makutanu, shown at the end of the clip doing a spot-on rendition of OK Jazz’s “Mamou.”

My only hope is that one day soon, one of these bands will make their way to NYC. Anybody out there listening? Anybody??? Sigh. It looks like I might need to get myself back to Paris, and pronto!

I wish I could say NYC. Maybe someday. But for now, I’ll settle for “live in the studio, back in the day, on YouTube.” Here they perform one of my favorites, “Walter,” which I aired on Episode 7. See around 44:50.

And speaking of episodes, I can’t say just yet when I’ll broadcast again, but in the meantime, I’ll be posting Congolese videos I’ve discovered online. I hope you’ll come along for the ride!

I wish I was of party-going age in 1974. That was the year of the famed Ali–Foreman “Rumble in the Jungle” fight in Kinshasa. In anticipation of the fight, a mega-concert was held in the city featuring musicians from the US and Africa, mostly from the Congo.

I saw snippets of the concert in two documentaries: When We Were Kings (about the fight) and Soul Power (about the American musicians, mostly). If you’re anything like me, you would have been eager to see extended clips of OK Jazz and others.

I’m hoping that that film is in the works, but in the meantime, the live recordings are now available in the recently released album, “Zaire ’74: The African Artists.” Among the musicians featured are OK Jazz and Tabu Ley’s Afrisa, featured previously on Cavacha Express!, as well as Congolese female singer Abeti. Visit the Archives of African American Music and Culture’s Black Grooves blog to learn more and listen to tracks! 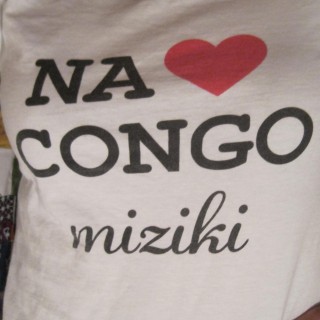